colors and patterns of India 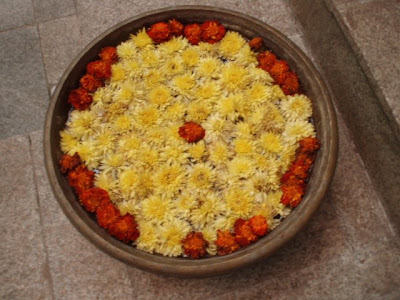 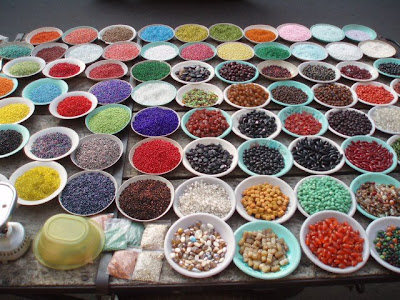 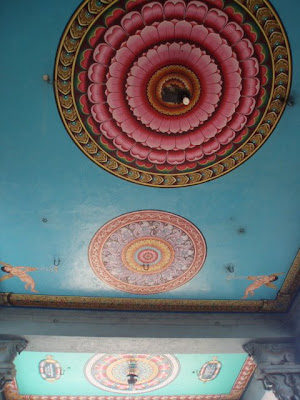 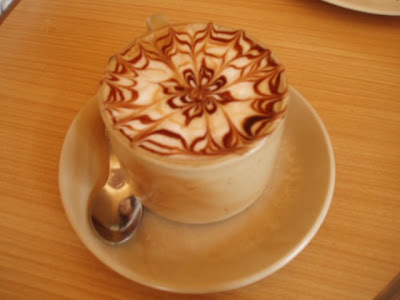 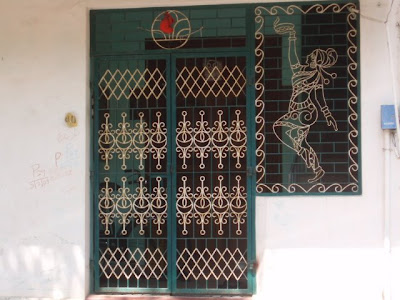 I recently had the opportunity to visit Tamil Nadu, India in February 2009. I stayed in Pondicherry with a friend. Pondicherry (Puducherry) is a former French colony. The history of the French influence is evident through the architecture and culture of the city. I encountered so many amazing experiences during my short stay in "Pondy". Our flat was located in walking distance from the Sri Aurobindo Ashram. I was in Pondicherry during the auspicious time of The Mother's Birthday (Mirra Alfassa), born on February 21, 1878. She was Sri Aurobindo's spiritual collaborator who helped to start a school at the ashram. She also created the universal town called Auroville, a short distance from the outskirts of Pondicherry. On The Mother's birthday this year, my friend and I participated in a collective meditation of hundreds of people early in the morning around 6 am inside the courtyard of the ashram around a large service tree and the samadhi (a place for offering prayers and flowers). In the afternoon, we went for a darshan which brought thousands of people from all parts of India. Everyone was sitting cross-legged in rows & it took up an entire street block of people. We were able to tour through the ashram to see The Mother's room and Sri Aurobindo's room. The line moved in a slow meditative pace. I remember vividly the sight of yellow marigolds in a towering pyramid as we ascended the stairs of the ashram. It was quite an experience that is etched in my mind.      My love and study of Bharathanatyam, one of many forms of classical Indian dance, was another reason that I came to visit Tamil Nadu. Chidambaram is a small city which is located about 3 hours south of Pondicherry. On February 23, the first day of Shivratri, I visited Chidambaram, the temple dedicated to the Nataraja "The Dancing Shiva". There are five temples in South India that represent each of the five elements: wind, water, fire, ether, and earth. The presiding deity of the Chidambaram temple is the element "Ether" or space. It is the only Shiva temple that does not worship the Shiva Lingam. Inside the temple, there is a golden inner sanctum called the "Chit Sabha", also known as the Hall of Consciousness. The Dikshithars, temple priests, perform duties inside the Chit Sabha by chanting Vedas, lighting lamps and ringing bells. I was able to witness some of these activites while inside the temple.
I was captivated by all of the colors, sounds, and patterns that I found in daily walks throughout the city: the bright colors of the saris worn by the local Tamil women, the sounds of continuous beeping of horns from motor scooters, buses, taxis, etc....it became the music of the streets, and the intricate patterns of kolams drawn as a daily prayer.     There were so many rich experiences that at times brought me to tears. I will hold the experiences close to my heart.

kolam-a traditional art form
Kolam is a Tamil word refering to beauty, form, and play. This intricate art form is a traditional custom of the women of Tamil Nadu in Southern India. These designs are considered to be an important artistic expression and part of ancient Tamil culture. The art form is passed down from generation to generation by mother to daughter. Women draw kolams as a daily morning ritual.

In the early mornings, women sweep and wash the pavement in front of the entrance to their homes. They create beautiful designs called kolams that are made with bare hands using rice flour or chalk. The creation of a kolam is a spiritual practice that is a form of meditation and is done with complete concentration. Kolams are considered thresholds between the inner world of the home and the outside world. The designs remain on the pavement and eventually wash away with the activities of the day. The temporary nature of kolams symbolize the impermanence of all life. There are kolam designs for bringing prosperity to the home, for welcoming visitors, and for spiritual purification. Also, there are kolams for each day of the week. A kolam is a painted prayer.

I did not get a chance to capture a kolam with my camera. I thought I'd share this beautiful art form with this video link: